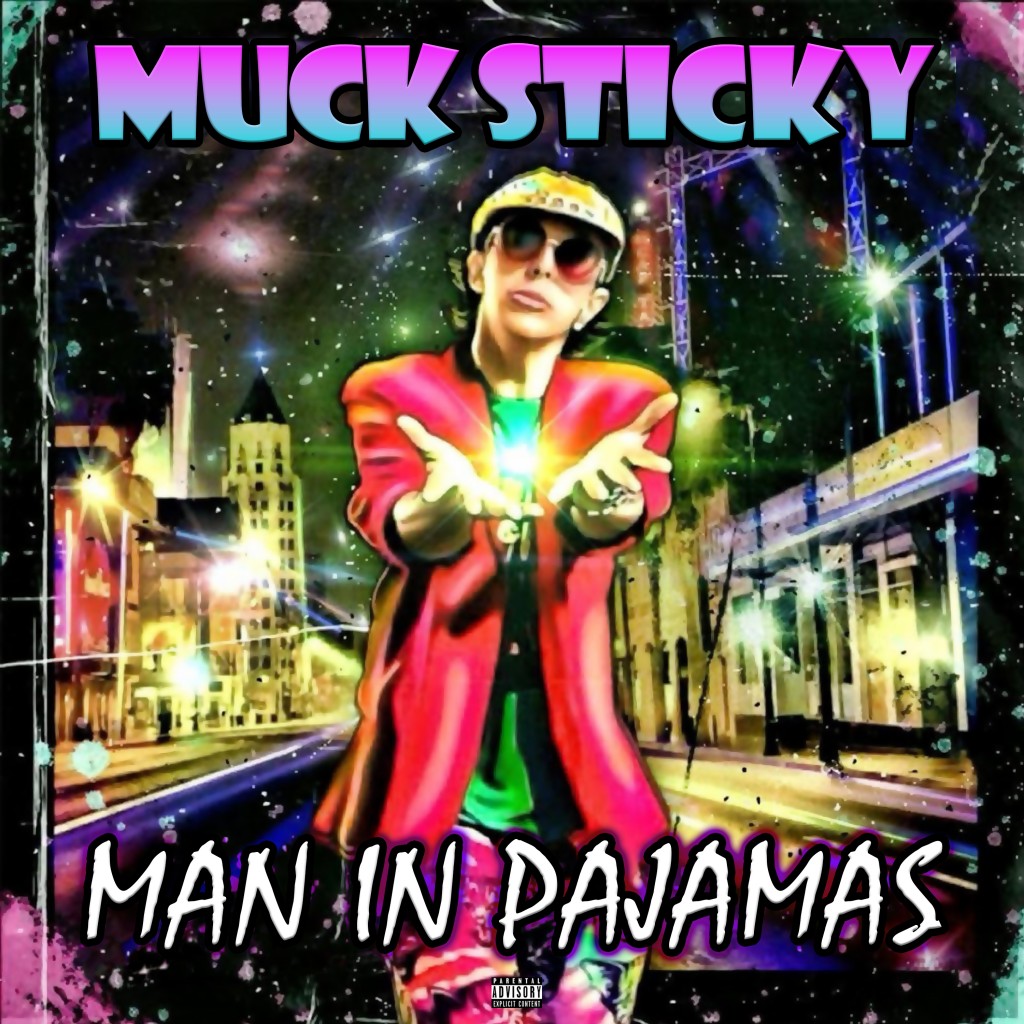 On July 2nd, 2022, Muck Sticky celebrated his 20th anniversary of wearing pajama pants every day as his personal and professional attire by digitally releasing his 16th full-length album on July 1st titled “Man In Pajamas” on all major platforms.

Produced by Muck Sticky and Nick Nil, this album has been two years in the making and features 22 tracks including features from Jesse Hughes aka Boots Electric (Eagles of Death Metal) on “Stir Crazy”, Cam Carter on “Real Good Day”, and Dick Aven and Paul Crosby on “Shoreline”.

It also features three songs from Muck and Nick’s project The Low Highs, a musical endeavor that saw its first single “Shoreline”, which features Drums by Paul Crosby (Saliva) and Saxophone by Dick Aven (Jamey Johnson Band) released in November of 2021, followed by “Don’t You Ever” and “Float Away” earlier this year.

Never being attached to any one genre, this album presents the most diverse collection of songs Muck has released in his two-decade long career. With seven music videos in the books (In Ya Neighborhood, Here With Me, Living Thing, Google Me, Stir Crazy, Spit Hot Fire, Never Give Up), Muck says there are plans to release a video for each song on the album.

On the heels of the viral success of the songs “Pot Smokin” and “F–k Off” on Instagram and TikTok, both accumulating more than 50 million streams in the past year, this album merges the classic Muck Sticky sound with a more refined level of production.

There will be a limited edition pressing of 300 vinyl albums and 100 CDs coming soon, which you can pre-order here…
CLICK TO ORDER VINYL

Find the album on all digital platforms including Spotify, Apple, and YouTube Music here… CLICK TO LISTEN

Check out the new music video “Do Yo Thang”…

The Limited Edition CD’s have arrived, and we are shipping them out all week! The vinyl should be here soon! There are a still a few available of each. To order, click the links below…

It’s official. The 15th full album from Muck Sticky will be released on 1/10/2020. Check out the track list below…

info from the king of fun